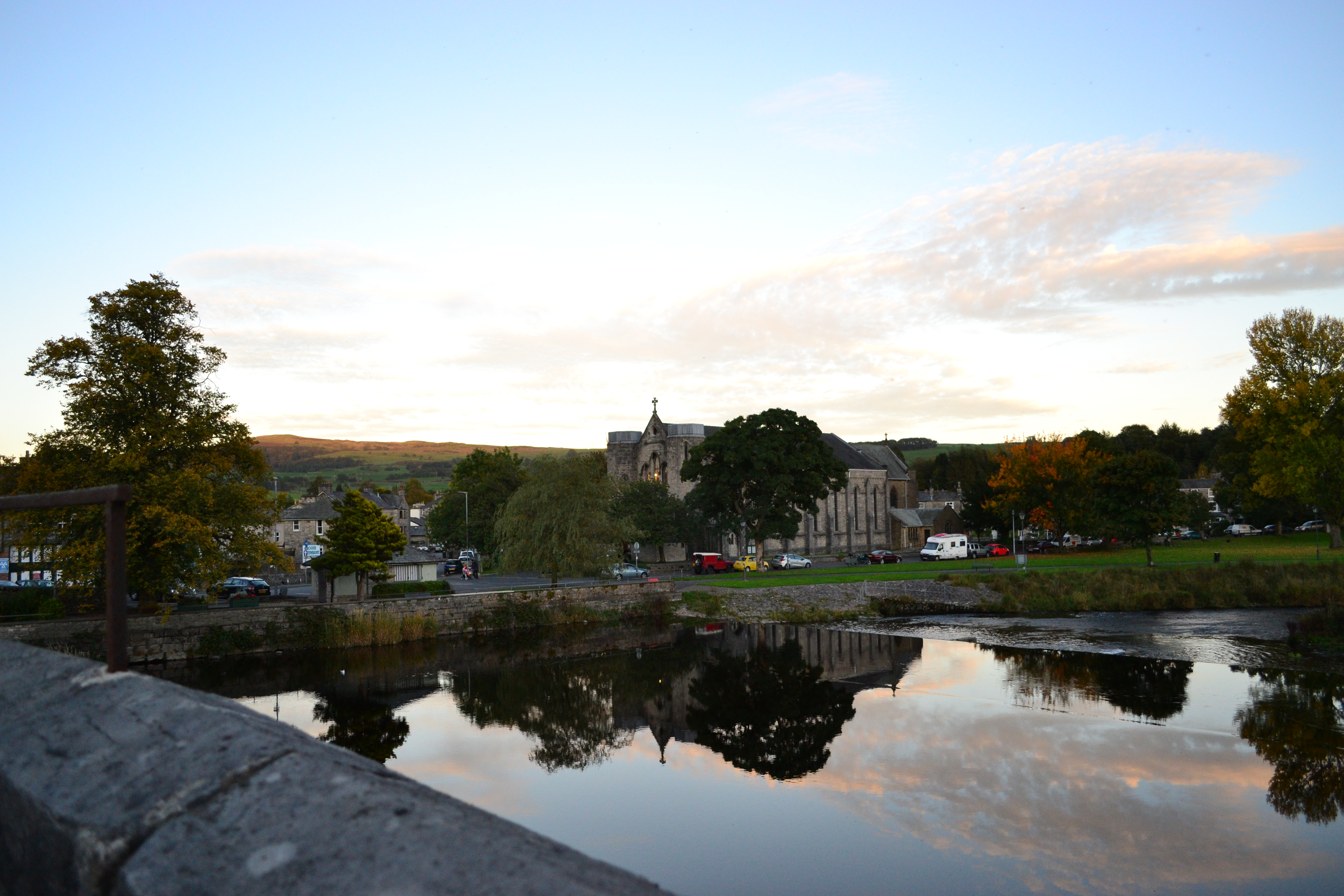 I consider myself very lucky to live in a totally beautiful part of the country (and, indeed, of the world). Nothing beats the feeling of the fresh Cumbrian air, gently blowing across your face at the top of a Lake District fell (okay, so perhaps the bracing gale nearly whipping you off your feet is more common) and one of my favourite sights is that of the first mountains coming into view as we drive home up the M6 if we’ve been away.
When we lived in that there t’Yorkshire, coming home for Christmas was an extra special time, and my favourite would have to be Christmas 2004. We had a 3 week old baby, and were spending Christmas with my parents. I can’t remember if it was actually playing, but I have the classic Chris Rhea song going round in my head as I type this. Christmas is a family time for me, even more so since we had children, and Christmas Day actually begins on Christmas Eve, when I coerce the children into helping me peel the vegetables and making the table look pretty. Then we’ll do the mince pie for Santa, carrot for Rudolf, and magic oats for the rest of the reindeer before settling down with the personalised Christmas stories that we bought the children a few years ago. On the big day itself we have a lazy (ish) morning, complete with the traditional Cadbury’s chocolate fingers and milky coffee for breakfast, while we open (some of) the presents. Next up, I get the meat in the oven and make sure my alarms are all set so I know when to do the next stage of lunch (yup, I’m that OCD about being organised). By late morning my parents arrive (usually having cycled the six-ish miles, since the roads are so quiet) and things get a little more chaotic as the children are eager to show them the presents they have opened.

Lunch itself is a fairly traditional affair. We don’t bother with a starter, but tuck into a main course of turkey breast, and a piece of ham, with all the trimmings. Extra sprouts for me please! (Am I the only one who loves sprouts?) If we can squeeze down dessert, it’s usually something festive but not Christmas pudding (no-one in our family really likes it, with the exception of Mr) so I will make something delicious and probably chocolate based, then it’s back to the comfy seats where we will have a cup of tea and revel in the slightly over-sated feeling that is compulsory on Christmas Day.

But how does all this relate?

Well, one of the very best things about Cumbria is the astounding array of fantastic local producers providing delicious delicacies, made to the very highest standard, who abound in our area. Those who go about their business, without fuss or flourish, doing what they do best, and what they love. Creating titbits to tempt and wines to wow. I was invited to meet some of these local heroes and sample their wares in a Christmas showcase at Booths, a family owned supermarket-cum-delicatessen. Booths was founded in 1847 by Edwin Booth, who aimed “to sell the best goods he could buy in shops staffed with first class assistants”. As someone who has had the pleasure of shopping in Booths branches across the county, I think he should be very proud of what he, and the subsequent five generations of his family have achieved.

I was going to detail all the fantastic producers within this post, but that would be doing a massive disservice to them – there is no way I could compact the plethora of information I was given into a few lines, so I have decided to make a mini-series of posts to make sure that justice is done to each of people I had the pleasure of meeting.

Before I leave you hanging for more, I have to express how refreshing it was to deal with a company who have grown in number (and continue to do so) yet retained small business mentality. Although the Booths branch that I frequent isn’t enormous, it’s more than large enough to stock anything you could want (I often lose Mr was hours in the alcohol section, where I later find him staggering under the weight of the more sought after local ales that aren’t widely available in most supermarkets). It is very much like shopping in a good delicatessen and the range and quality of food is second to none. Nothing is too much trouble for the assistants, who are only to happy to advise, and really do give service with a smile (so often a rarity nowadays). Perhaps most unusual of all, Booths is a company who cares. They take time to source local produce of the highest standard, happy in the knowledge that they are providing quality in an ethically responsible way. Food miles are kept to a minimum, and wherever possible local suppliers are used – how good is that? The North of England is lucky to not only be blessed with amazing scenery, but the landscape also provides some of the finest food, from vegetables, to meat, to cheese. Booths’ cloth-bound Christmas order book is a thing of beauty, and perfectly illustrates the attention to detail that goes into their work.

Whether you choose canapes on Christmas Eve, Bucks Fizz for breakfast, seafood starter or a meaty main course, you’ll be spoiled for choice for your Great Northern Family Christmas.