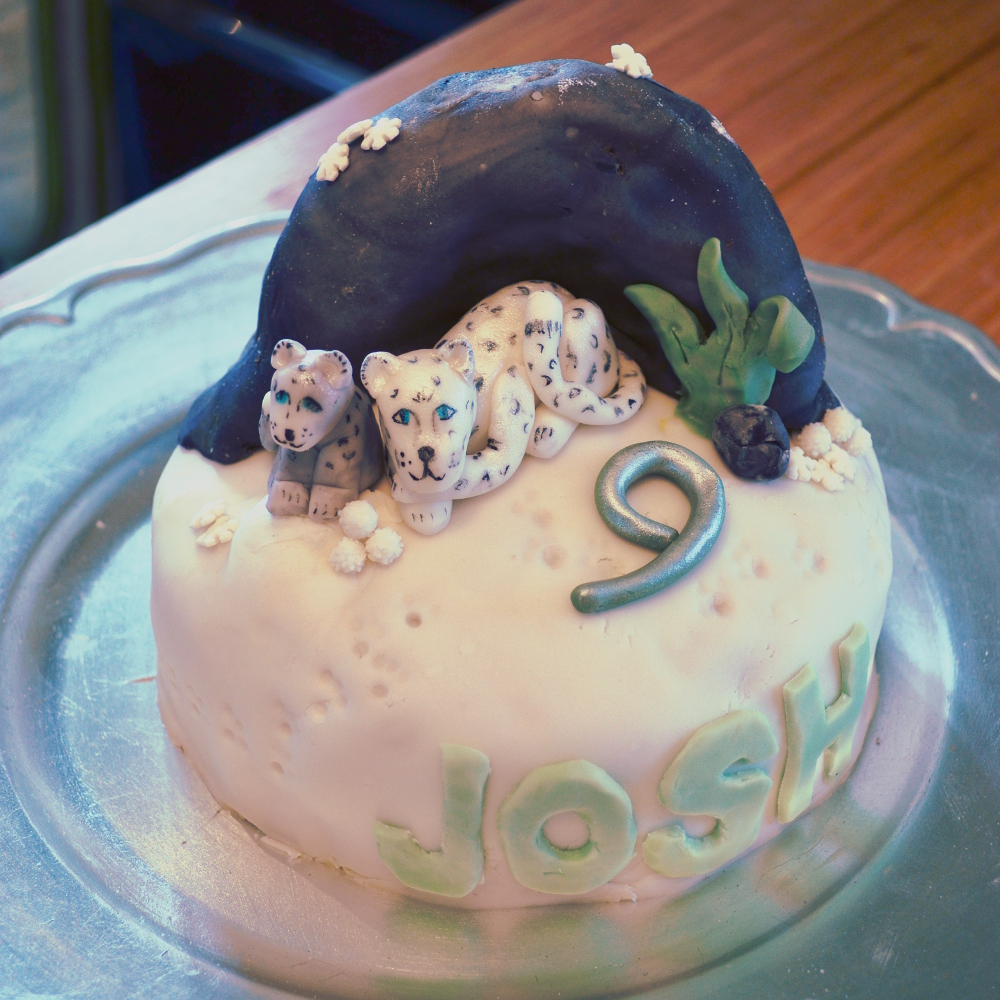 It was J’s birthday, and as he’s still snow leopard-mad, he requested (and by requested, I mean drew a design for and left it lying around the kitchen were he knew I would see it) a cake with a snow leopard on. His little face lit up when he saw it recreated with the addition of a snow leopard cub in the cave, and footprints too! He was over the moon with it, and declared it to be the bets cake I have ever made (and, in fact, the best birthday he’s ever had, but that’s another story).

I used my 6″ tin for the  vanilla sponge base and a 5″ sponge, cut in half and stood on end, to carve the cave. The whole lot was sandwiched together with strawberry jam and buttercream, then I coloured ready to roll icing to cover the cake, and to model the leopards.

It took less time than I expected to make, and was worth every second for the glee that it brought to J’s 9th birthday.